Variables are used to store values in Python. These variables can be used later on in the program for computing purpose.

Variables have a name, value and a memory location in computer.

Here X is the Variable Name and 56 is its value.

= is known as assignment operator.

The meaning of this statement is – A value 56 of integer datatype has been assigned to a variable named X.

Here value of variable is “Rohit”

How to Print a Variable

We can use variables to perform mathematical operations.

Variable values can also be changed.

>>> name = “Sohan” # We have changed the previously assigned value.

You can call variables – value-holder.

These values can be of any datatype.

# No symbol is allowed except _ (underscore)

>>> We cannot start a variable name with number

Related Articles for You: 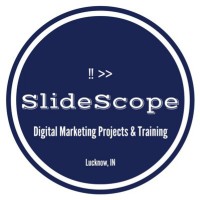 Slide Scope Posts are written by experts from Core Information Technology and Digital Marketing Industry. We have assistants from Management Science as well.